The Woman in Black Review

My biggest achievement over the last few days was changing out of my PJs into another pair of PJs. #KidneyProbs! Oh well, the best remedy for that is films and video games on the sofa! Hence this The Woman In Black review. 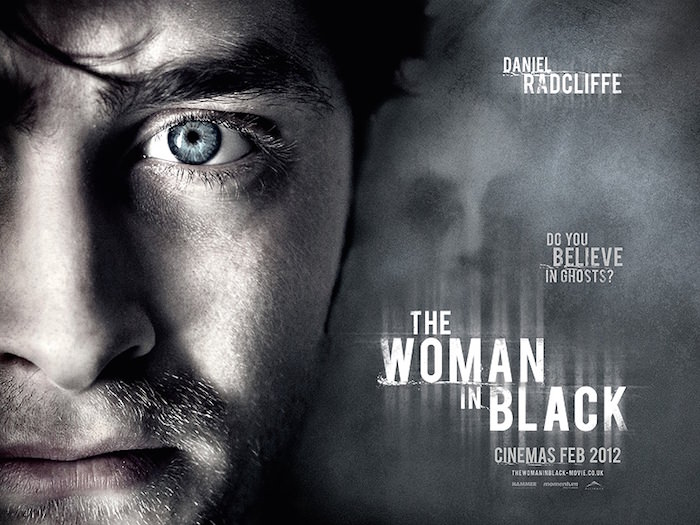 I didn’t realise that Daniel Radcliffe was in this film until I clicked play. Because of the snake tomfoolery in the Harry Potter films and my ridiculous phobia, I’m sadly missing out on such an amazing fandom, so I was excited to see Mr Radcliffe in this.

The grimy cinematography made his eyes look so blue!

Here’s The Woman in Black trailer, so you have more idea of what the film is about:

He plays Arthur, a Dad and London lawyer who takes the steam train (hehehe, why did I find this so amusing) ‘up North’ to sort through papers of a lady that has died.

If you know me well, then you will know my obsession for small dogs, particularly Yorkshire Terriers and Chihuahuas. About 30 minutes into this film, I was laughing my head off. I won’t spoil it for you, but up until then it wasn’t very scary, just a few shadows.

It wasn’t long after this that the story took a corner and I was screaming like wimp at every jump scare! I’m really NOT a fan of jump scares, maybe if I’d known this I wouldn’t have watched.

Arthur has the week to sort through the paper work at the house, which can only be reached when the tide is out. He starts to see shadows and a woman wearing black. As he discovers the creepy secrets of the house and it’s previous tenants, bad things happen in the village of Crythin Gifford. Children begin to die.

These are always the famous last words in a scary film. There is an underlying story throughout, about Arthur’s wife, who he lost during childbirth. He has visions and dreams of her, so we know he is open to the spirit world.

The end was a total shocker for me, which is a good thing. How many times have you seen a film and you can predict the end within the first 10 minutes?

Have you heard about The Woman in Black 2: Angel of Death? #SheNeverLeft
It takes place 40 years after this film when a group of children evacuated from WWII come to stay at Eel Marsh House.