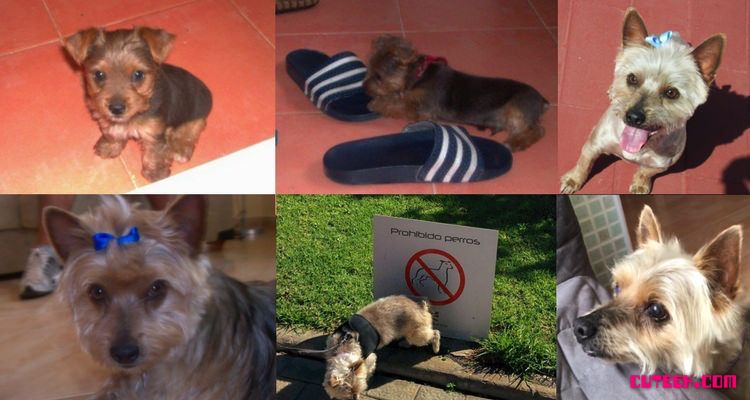 The Legend of Rambo

The fantastic adventures of Rambo the fearless Silky Terrier who loved life and enjoyed every second with a huge smile on his face.
Rambo lives on in these adventures and his legacy is to inspire us to make the most of each day, no matter what it brings.
He was the best dog and we are so grateful for him bringing such joy and happiness into our lives for 16 years.

Rambo’s cousins, Chester and Cooper now have their own page! Chester and Rambo were best friends and although Cooper never met Rambo, he has some of his mannerisms which is a bit bizarre.

This page is a work in progress, I’m updating when I feel strong enough not to cry my eyes out when I think of Rambo.

I really want to tell you about a very nice day I had with my Fiancé and little dog on Thursday. My dog Rambo is getting on now, he’s a 70 year old man trapped in the body of a 12 year old Silky Terrier.

We thought he was a Yorkie until he grew to a good size of 14 lbs / 6 kilos more or less. His nuances are much more in line with that of a Silky Terrier, but we love him whatever he is.

This year he started getting old and tired but he does have his little bursts of energy here and there you would think he was a puppy. In April we discovered he has cataracts, one very bad one on his right eye and less noticeable on the left.

This is causing him to slow down a bit but we’ve been using commands for up and down kerbs on walks to help him. (‘Sube’ for up and ‘baja’ for down) We mainly use Spanish commands with him but he understands English too. 🙂

Rambo then had meniscus surgery in August, which was super worrying to have our little dog operated on. He was an absolute trooper and the vet said he was standing on his leg right away, nothing keeping him down. A few days after surgery he managed to do a super jump while I had my back turned for 2 seconds! He was fine but I thought it had ruined his knee.

Here’s a video of Rambo drying off on the sofa after his bath. I love his facial expression at the end like ‘Where am I?’ 😀

November was the most worrying time when we noticed blood in his stool. All kinds of bad thoughts were running through our minds as we drove him to the vet. He was given medicine and after 4 days of vigilantly watching his poop, he finally started to feel better. Turns out Rambo had eaten something a bit odd, I think it was a small pebble, and that is how his digestive system handled it.

So enough of the medical chat and onto the really nice drama free day we had a couple of days ago!

Rambo Goes to the Marina

Rambo doesn’t really get on with other dogs, except for his cousins and that’s on a good day. We are lucky to be his favourite people to chill with and he adores going in the car. We surprised him with a new place, the local marina. His senses are heightened because of his vision loss, so there was plenty of new things to sniff and listen to.

On the way to the boats we discovered a super pretty dog park. Luckily there were no other dogs there at the time, so Rambo could relax and trot around on the grass at his own pace.

Unfortunately some owners hadn’t picked up after their dogs and the grass was a little spoilt with poops so we had to watch him so he didn’t walk right into what looked like horse manure. Big dogs in this neighbourhood!

My Fiancé managed to get this lovely photo of Rambo enjoying himself in the sunshine. We are thinking about putting this photo on something nice for the house like a canvas or something.

After a fun time in the park, we strolled along past the beach and toward the marina. Rambo really likes the grass but dog’s aren’t allowed on it outside of the park. It didn’t stop him from dragging me at top speed to this ‘Dogs Prohibited’ sign, where he lifted his leg and peed! ? My Fiancé had his phone out and caught him on camera. It made us laugh so much, the little rebel! Technically he didn’t go on the grass!

Rambo’s favourite thing in the world is a good old tennis ball. This was one of the main factors we took into consideration when getting his knee surgery done so quickly. He loves his tennis ball. He could run the whole day after it but if we had left his knee, he would have developed arthritis and a limp. 4 months later and he is running like a puppy again.

Here’s an older video of him fighting a kangaroo! 😉

I could probably go on an on about my dog all day, dog owners I know you will understand. I may even add a few stories to this post in the future. But I do hope you enjoyed reading about Rambo and thanks for stopping by.