Can you believe that the PLL Finale is finally here? Twitter has gone absolutely nuts tonight and last minute theories are flying across the internet as we try to figure out ‘Who is A?’ 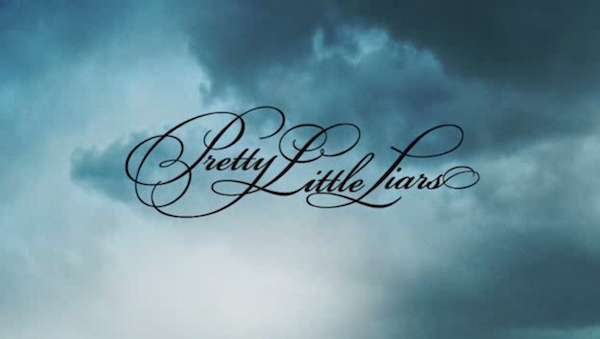 The lovely people at ABCFamily have set up PLLFinale.com where they are releasing clues about A for every 10,000 tweets using the hashtag #FAceToFace.

CLUE 1: You will recognize A when A is revealed

CLUE 3: The PLLs have seen A unmasked before

CLUE 4: A has not been in every episode

CLUE 6: A has many disguises

CLUE 7: A is not one of the four Liars

CLUE 8: A has lived in Rosewood

CLUE 9: A has had direct interaction with Ali and all four Liars

CLUE 10: A has only one helper

CLUE 11: A is someone whose motives you have questioned

As I’m in Spain, I will have to wait until Wednesday morning to watch the finale, so very shortly I will be disconnecting my internet to avoid spoilers.

Taking the above clues into consideration, we can eliminate suspects. It looks like my Ella is A theory is out of the window since A is not a parent. Maybe she isn’t Mike and Aria’s real mother though. I’m totally grasping at straws here, but I’m just hoping for that shock factor when A is revealed.

There has been a lot of chatter about a possible evil twin on the show. Could Ella have a twin? Ok I will stop now.

Does Spencer have a twin? Now that is something to think about. My Twitter pal Rebecca is thinking that evil Spencer may be A. I would love one of the Liars to have a twin. I had a theory that Mrs DiLaurentis and Mrs Grunwald are twins. I know Grunwald looks a lot older, but Jessica could totally have had work done. That or a time machine was involved. Anything is possible in Rosewood!

Could Mrs Grunwald & Mrs DiLaurentis be TWINS? I think so! (Mrs D could have had work done) #PLL #PLLTheory pic.twitter.com/eBIKSpse0N

Like I said on Twitter, if Wren is A I will throw something at my TV. I think he is the obvious choice, but I’m not ruling out his involvement in the Rosewood goings on.

Ezra is not A

Looks like Mr Fitz is in the clear, according to the clues A is not a parent which Ezra is, don’t forget. I also have a theory that Alison had a baby during her time away, so that would exclude her too.

I believe Sara Harvey is very involved. She was down in the bunker with the girls and was hiding in plain sight. She was the one playing games on the girls and helping ‘Charles’. Or, Sara had a sex change and was Charles before she was sent to Radley. Jessica knew about this and so Charles ‘died’ and began to live life as a girl. That might explain why he had to go away when Jason and Alison were young.

So tonight is the night, I hope you all enjoy the PLL midsummer finale! It’s 10pm here, so I’m about to disconnect the wifi in my house. I will watch as soon as I wake up in the morning and only after that will I be on Twitter.