Nom Nom Galaxy is a VERY cute and soupy game. Your mission should you choose to accept it is save the galaxy by making tasty soup for it’s inhabitants while fighting off rival soup companies. This reminded me of the rivalry between The Krusty Krab and the Chum Bucket in Spongebob Squarepants. 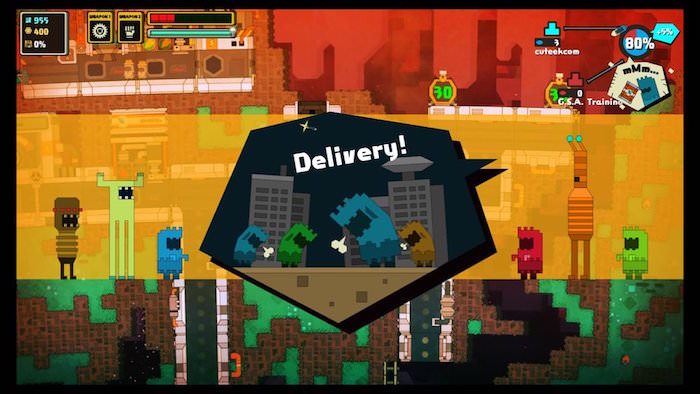 The cute, bright graphics are Terraria looking and it’s one of those nice ‘time-wastey’ games, which are good for relaxing. Thumbs up for Nom Nom Galaxy!

How could I not get a game with nom nom in the title?!

I downloaded Nom Nom Galaxy for free when it was offered on PSPlus. This is a super quick first impressions review that was originally included in a round up post.