My lovely man wanted to take me for some ice tea by the beach this afternoon before work. We parked up and walked down to the parade of cafes and restaurants, taking in the gorgeous sandy scene when he received a text. It was GAME to tell us that our pre-order copy of Mario Kart 8 Wii U was in store and READY TO PICK UP.

The super geeks that we both are, sipping cold drinks by the beach went onto a back burner as we raced for the car. With 2 more days until the official release, I half expected there to be a queue of people in GAME but there was only a Dad and his daughter trading in some old games. I think people are still getting into the whole flow of the Wii U here.

A whole shelf of MK8’s graced the shelves but we went straight the the counter, hopeful that we were actually allowed to buy today and that it wasn’t a mix up. YES! The shipment of blue shell t-shirts that came free with pre-orders are stuck in Madrid apparently so won’t be available until next week, but we don’t really mind seeing as I ordered a really cute pink Mario t-shirt from JUKUPOP. (more on that in another post) 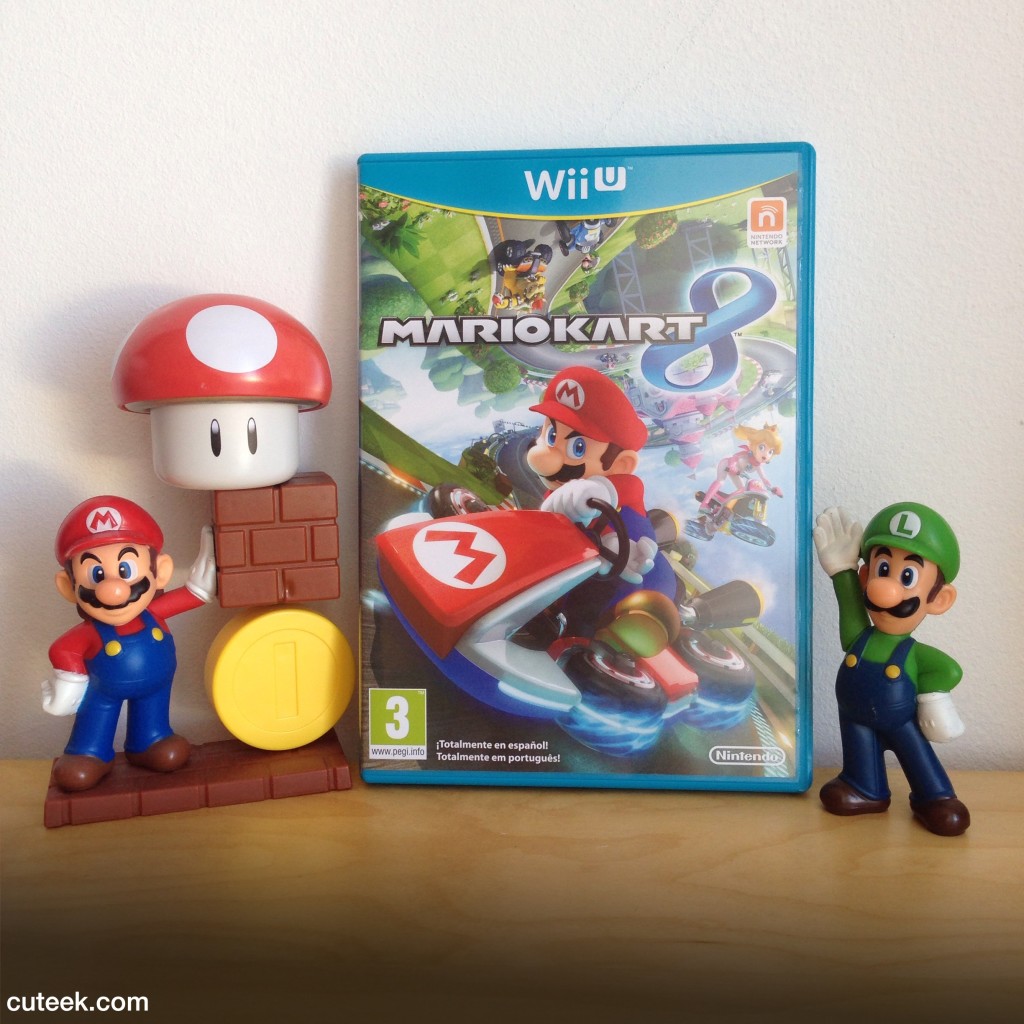 As soon as we got home we unboxed, I almost clapped as the title screen came up and Mario said “Mario Kart 8!” Of course I played the first game as Mario in a 50cc race and came in 1st.

The MarioKartTV feature is just something else, I was able to upload my drifting highlights from the Mushroom Cup on Mario Kart Stadium track! I’ve always wanted to upload gaming highlights to my Youtube Channel but didn’t have any of the graphics cards and recording equipment, so this is really cool and I hope Nintendo start using this in future Wii U games.

There is a cool tournament feature that I was playing with so stay tuned for the Cuteek Cup – especially for readers of Cuteek.com 🙂 I think you can search for it or use the code, I’ll keep you posted on this.

Have you bought a copy of the new Mario Kart 8 Wii U game? Which features or tracks are you most excited about?