Last night I went to my very first real life Zumba class! I’ve played on the XBOX Kinect before but last night I had the chance to go to a local class and although terrified going on my own I was also really excited!

Of course to prepare I blasted the Reggaeton music before hand (which incidently my Zumba instructor didn’t play any of). I was expecting Pitbull, Lil John and Don Omar to be on for most of the hour, but he started off with Bomba and mixed in a load of different songs and told us when we were doing Cumbia style (my fave) or Merengue/Salsa and so on.

There was a mixture of ladies in my class, a few of them seemed to know each other and then there was me and a couple of other ‘loners’. That’s what had been putting me off going to a live class really, but I’ll tell you now, if you have no friends 🙁 or no friends that are interested in Zumba, just go on your own. You won’t have time for chatting and everyone is smiling at the fun they’re each having, in between dancing that the atmosphere will put you at ease. 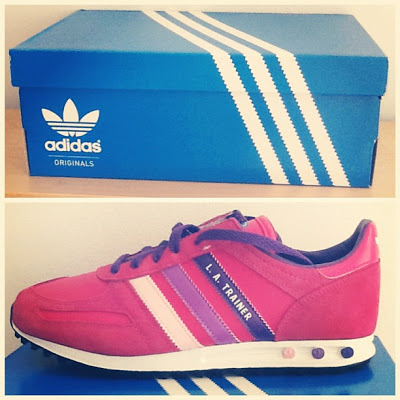 Here are 2 of the songs that we danced to:

Don’t let it be an excuse not to go alone, it took me a while but I did it. The instructor was full of beans and we had plenty of space although no mirrors, which wasn’t a big deal really. I wore my pink L.A Trainers which I haven’t worn much, certainly not for that much dancing and prancing so I did end up with a couple of ‘almost’ blisters on the balls of my feet but the traction on the bottom was really good for the moves we were doing.

At a few points I felt like my lungs were going to explode and I was coughing quite a bit after having the flu last week but I survived. I can’t wait to go again! I love Zumba! It’s very different to playing the Zumba Fitness games on XBOX, although I’m glad I played it to get a few of the moves.

Have you ever been to a Zumba Fitness Class?