How to do a donut hair bun

Yesterday I went for a mini shopping spree in Primark. One thing on my wishlist was one of those hair donut things because my hair is so long now and I wanted something to change it up from a normal ponytail. 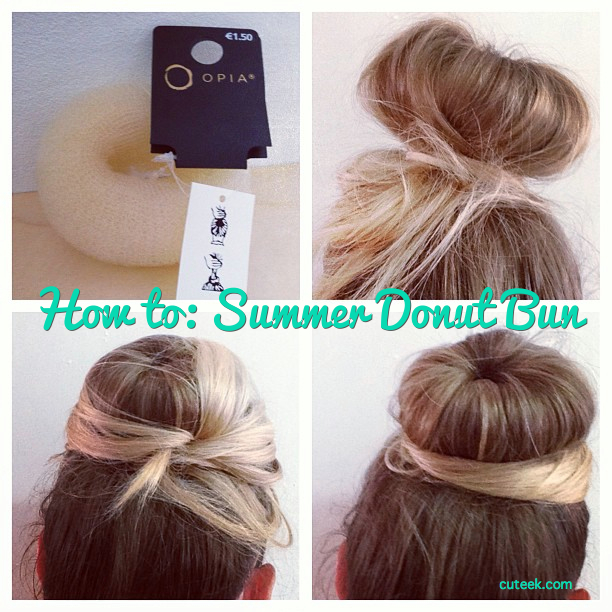 I had a few tries at using the donut bun and I’m sure there are different ways to try it for the various styles of messy bun, perfect bun and so on. The first method I tried was the one where you place the donut near the bobble in your ponytail and get a 2nd bobble to catch all the hair in the bun. The other method is the one that’s all over youtube and involves rolling the bun down from the end of the ponytail to the base. I found the rolling method a bit more tricky, but it does gather all the bits of hair and you can get away without putting any clips in.

Here is a handy tutorial on how to make a donut hair bun:

Here are my efforts using the 2nd bobble method, it made it more messy and it took me a few attempts. (Yep my hair is like 2 colours, the blonde is old, old highlights and the darker is my natural colour which I’m using lemon juice on) 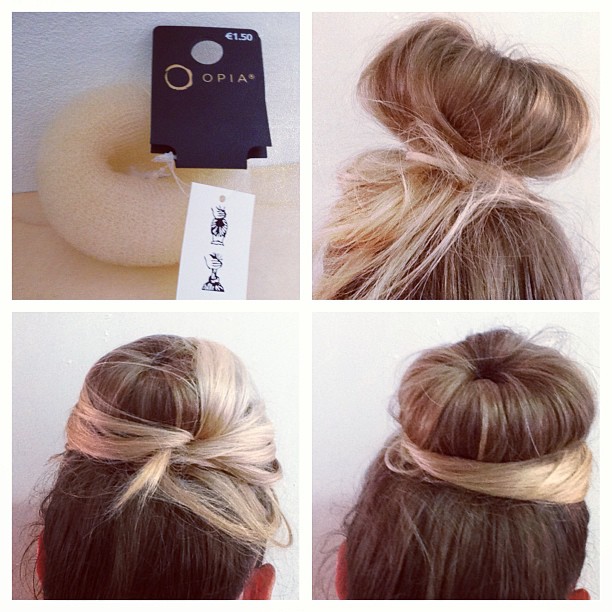 Here’s a pic using the rolling method in the video: 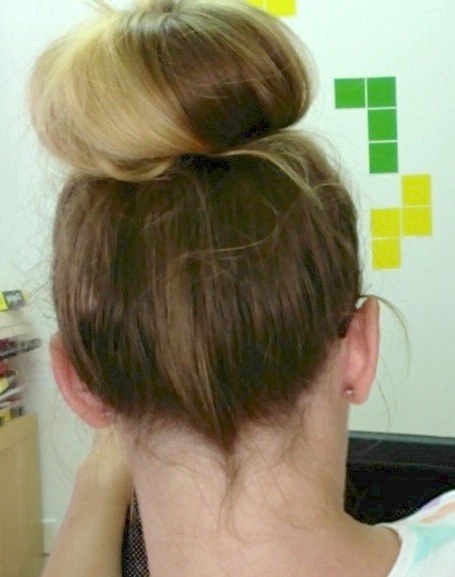 What do you think of the bun trend?

You can liven the bun up with braids, clips or flowers and it’s perfect for hot Summer days 😀