Last night I watched Game of Thrones for the first time and 7 minutes in, I felt like vomiting. I could manage with the guts at the start but I had to close my eyes when they showed the poor dead deer in the woods! 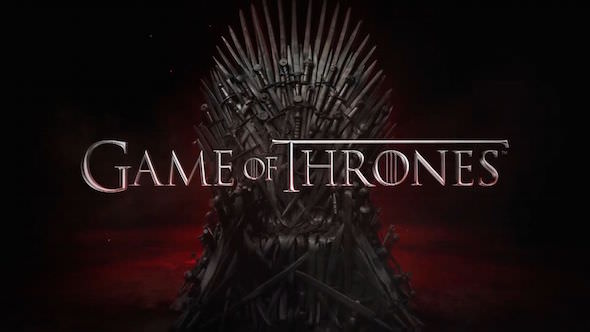 GoT is not at all what I was expecting, although I do like the supernatural idea of the White Walkers which were shown briefly at the beginning.

As someone who hasn’t read the Game of Thrones books either, I found the amount of characters quite overwhelming. The only name I remembered was Jon Snow 😉 and ‘Oh look it’s that woman who played Margot Al-Harazi in 24 and Margaret Langston in Resurrection’.

At one point I called out to the TV ‘But that’s your sister!‘ I can imagine this is a theme throughout the whole series. The blonde guy is a nasty piece of work. See I don’t know who anyone is.

All in all I enjoyed episode 1 except for when they brought the snakes out at the end.
That’s the one reason I can’t watch Harry Potter, snakes. They make my stomach flip and I start to shake when I see them so it’s not worth the upset.

I do feel like I’m missing out on a fandom by not watching. Should I read the Game of Thrones books?

Are you a Game of Thrones fan?