I woke up feeling like crap so I rolled the AC into the living room and basically stayed on the sofa all day. I watched Fear Street Part 1: 1994 (Netflix) which is based on R.L Stines Fear Street book series.

“After a series of brutal slayings, a teen and her friends take on an evil force that’s plagued their notorious town for centuries.”

I can’t really remember the Fear Street books but I definitely read the Point Horror books as a kid. Fear Street 1994 is a slasher film, with action from the get go!

If you want to get into the Halloween spirit a bit earlier than usual 1994 is your place to start.

🎃 Do you also start watching Halloween stuff in the summer? Or do you prefer a different genre? I like to get a head start hahah. The remakes of Halloween and Friday the 13th are next on my list along with Mama (all on Netflix)

Finishing up some work, quick workout, then Animal Crossing! I haven’t played the new update yet, I’m so excited. 😜

Today’s Pokémon Go walk turned into a run. Gotta get them eggies. I hatched an Alolan Sandshrew from a 7km egg. ❄️

One of my neighbours is cooking what smells like a big beef broth and it’s not even 11:00am! 🤢

Enjoying the latest Nintendo magazine with a Nestea limón. I’ve just spent about 1,000€ in Nintendo stuff (in my head not IRL) 🤣 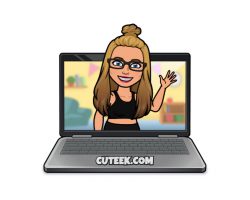 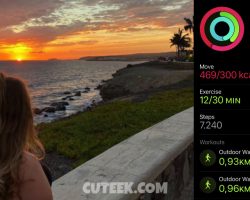 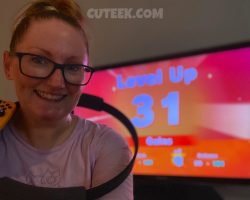