Family Guy The Quest for Stuff gamers – the Halloween event is here! TinyCo have released an update for the game and here is the new title screen! Excited much?

Note: Possible spoilers after the image! 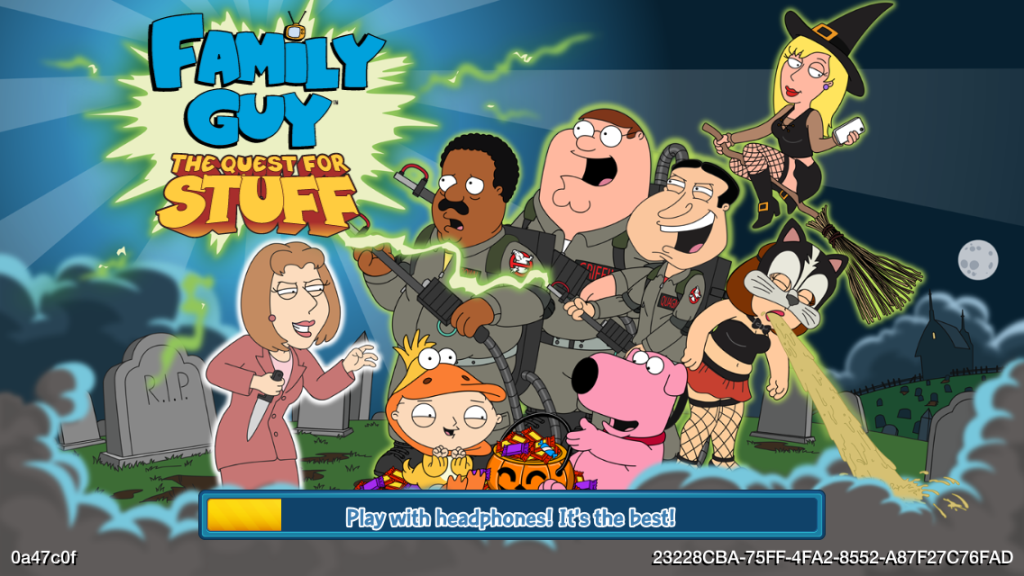 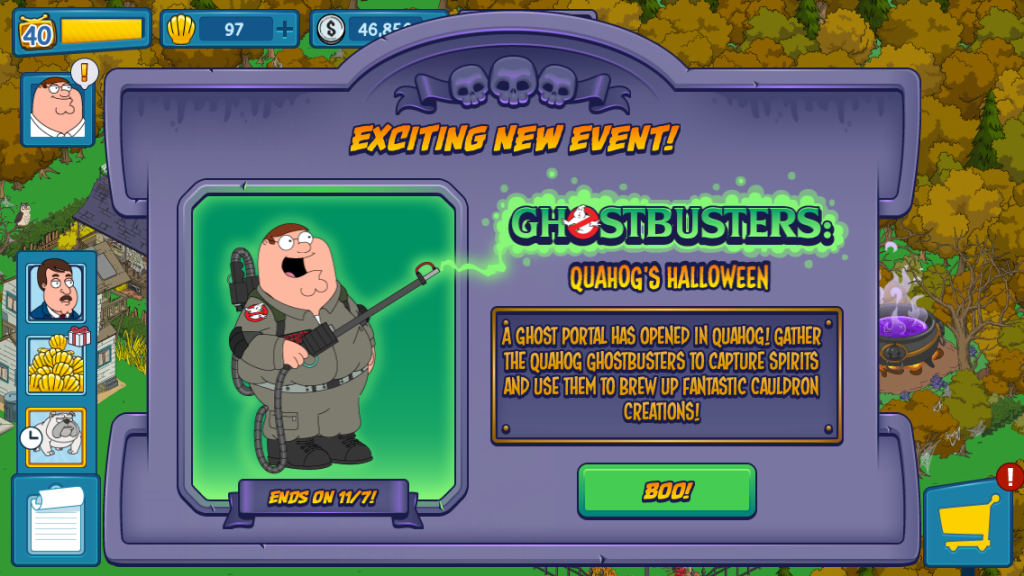 At the same time as the Halloween event, I’m still trying to unlock Tom Tucker and Mayor Adam West.

There are also rumours that we will see Jason Voorhees and Freddy Krueger!

How to Unlock Ghostbuster Quagmire?

All in good time. To unlock Ghostbuster Quagmire and the rest of Peter’s pals, you need to unlock more portal phases. Portal upgrades happen when you reach different Fright Levels, so keep on tapping those ghosts, Terror Dogs and collecting spirit vials. 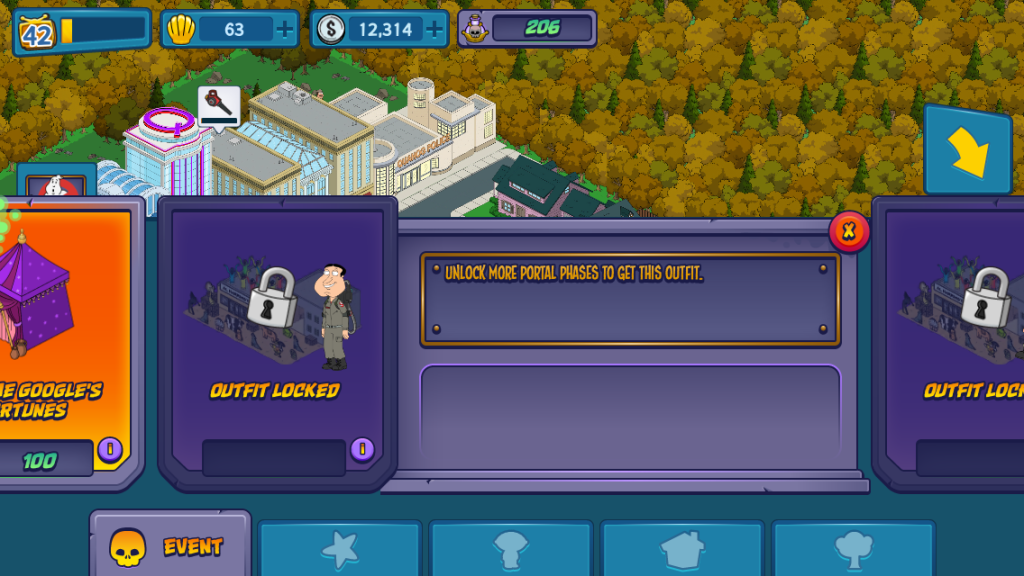 Who is your favourite Family Guy character?