Quahog has some new visitors, update your game for the new Family Guy the Quest For Stuff American Dad event. Until the 4th December, the Smiths are in town. So standby to see Stan Smith, Roger the Alien and other familiar faces appearing in Quahog and interacting with the Griffins. 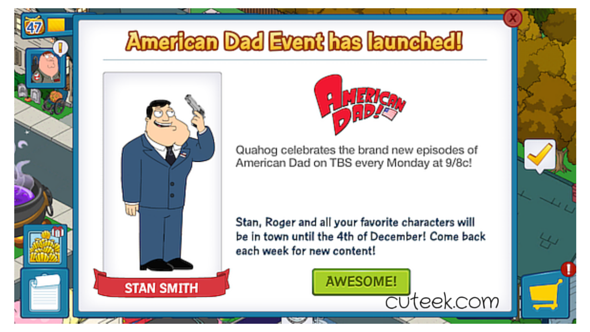 So far, it looks like it will be a weekly thing, but the 2 days I’ve played since the update, I’ve been given the chance to win free clams by watching a short trailer for American Dad. Carl from Quahog Mini Mart looks very enthused about giving away clams for free. 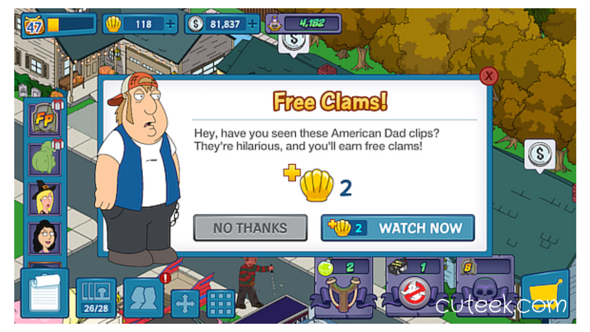 New quests are rolling out such as ‘A Shellabration’, ‘Clam Day Catastrophe’, ‘The Magic Drunken Clam: Challenge’, ‘Pretty Mad in Pink’

As far as new decorations and buildings, we have:

How to unlock Stan Smith: √

or pay 420 clams to unlock him right away.

How to unlock Roger the Alien:

After unlocking Stan Smith, Roger will appear in your town. Hide Roger using Stan, he will reappear after 4 hours and to complete The Magic Drunken Clam Challenge, you will need to hide Roger 10 times in 4 days. This was extended so I was able to collect the Golden Turd. Brian is not impressed! 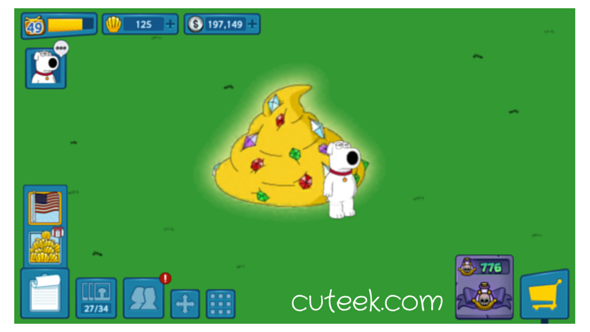 You will need to collect all members of the Smith family to unlock Roger and complete Quest: The Alien inside me 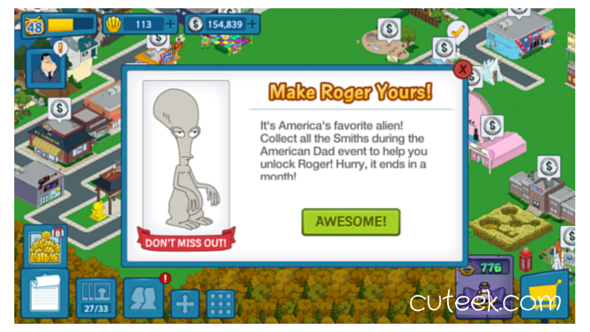 How to unlock Klaus

To unlock Klaus, you must complete Roger’s quest within a certain amount of time. I didn’t manage to get Klaus, but I’m not too bothered as he is a decoration and not a playable character.

How to unlock Hayley Smith:

Or you can purchase her for 670 clams.

How to unlock Steve Smith: √

or you can buy him outright for 400 clams.

How to unlock Francine Smith 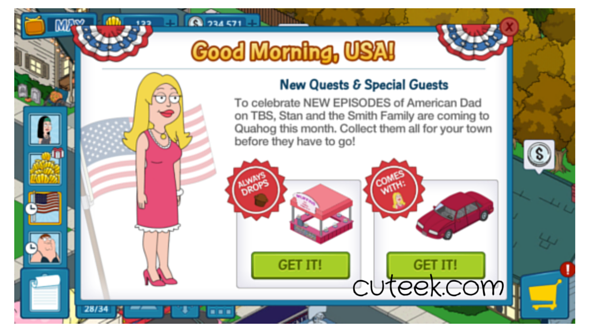 I will add more hints and tips when as I play and discover them.

Are you a fan of American Dad?