So I was quite early to the whole dip-dye party. So early in fact I had a few strange glances when I first donned my My Little Pony inspired pastel hair in Summer of 2011. 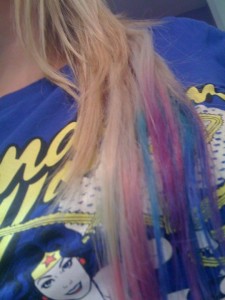 This photo is not from hair chalking but from using Sharpie pens on blonde synthetic extensions, which blended in well with my own hair at the time.

It was in fact inspired by this blog post from The Beauty Department when they gave a step by step guide on how they did Lauren Conrad’s hair with colourful tips. (That was even before it was called dip dye)

Even years before that, I used a purple Sharpie pen to achieve a little pinky streak in my hair, but that was before the trend caught on.

Earlier this year I found a Youtube tutorial on using marker pen to dip dye your hair. It involves blowing the ink out of the pen and throwing foils on the ends of your hair but mine turned out pretty well and it stayed in for about 6 washes (ends of my hair are bleached from old highlights)

It’s supposedly temporary but bare in mind it could stick around longer than 1 wash! This is my favourite method of DIY dip dye so far, although it can get a bit messy, it stays put and the condition isn’t as bad as hair chalking. 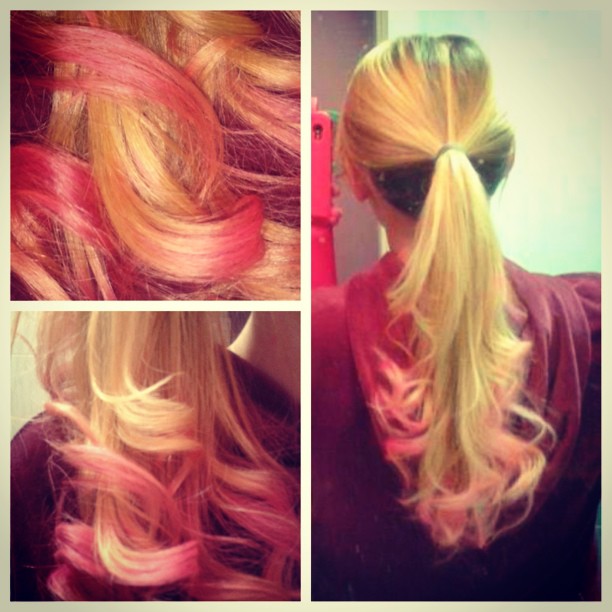 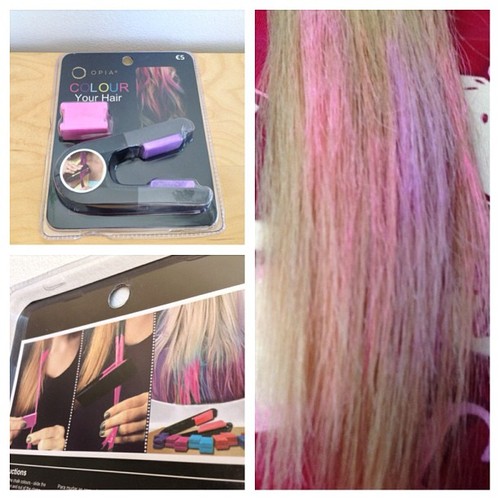 I picked up a hair chalk kit in Primark this week. It was loaded with purple chalk already and looks like a mini straightener although it’s just a plastic clamp with chalk. There was also pink chalk supplied.

The directions didn’t mention anything about spraying the piece of hair with water first but I did anyway as the chalk was dragging on my hair. I combed it through first and straightened it, then sprayed it and pulled the chalk through. It’s not as vibrant as on the packaging but it’s a nice pretty pastel.

If you have dark hair this apparently works as long as you wet it first. Blondes will probably have the colour lingering if you used water and set it with heat. For 5€ it’s ok for a bit of fun, but it’s messy and some of my hair was snapping off on the ends as I pulled the chalk through.

Are you a fan of the dip dye trend or do you prefer the more natural ombre natural roots and blonde ends?