You could say I have a slight crazy obsession with anything and everything volcanic. Despite being lucky enough to live on a volcanic island, I dream to one day visit Iceland and Hawaii.

Before my blog exploded (not in a good way) I wrote about the time I visited the volcanos of La Palma. That was an experience I will NEVER forget. We drove up to Roque de los Muchachos, saw the telescopes and then did a short hike up a very steep pathway into Caldera de Taburiente. In fact, I think I will write it up again or see if I can salvage some of my old post.

Anyway, when I saw this clip for the Disney Pixar movie Lava, I just had to share it with you!

I’ve watched it several times and Uku the singing volcano gives me chills each time, he is so freaking adorable. He just wants somebody to ‘lava’. Awww ^_^

Lava will be played as a short ahead of Disney Pixar’s Inside Out in cinemas from June 2015. 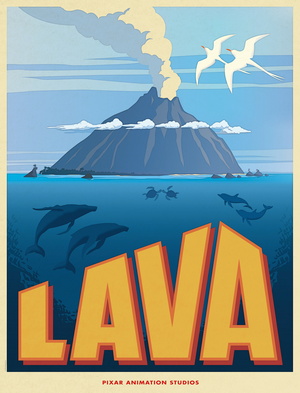 Very soon I will be travelling to the top of another volcano, here’s a clue ‘It’s the highest point in Spain’. Yes, that’s all I’m saying for now but I can’t wait to tell you all about it. 🙂

Are you a fan of volcanos? What is your favourite volcano movie?